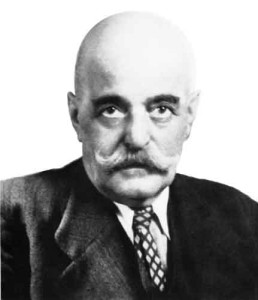 We invite you to listen to an enlightening interview with William Patrick Patterson exploring the question,

Who was Georgi Ivanovitch Gurdjieff?

After many years as a student of The Fourth Way and discovering no answer to the question that had gradually formed in him—what is the ‘self’ in self-remembering?—Mr. Patterson was called to explore Advaita Vedanta (non-dualism). In doing so, he realized the full significance of the ideas and practices of The Fourth Way and how this sacred and seminal teaching provided not only the necessary foundation, but was applicable on the very highest levels.

Mr. Patterson is the founder/director of The Gurdjieff Studies Program and has led groups, as well as given seminars and talks, throughout the United States for many years. He has written nine books on the teaching and directed, written and narrated the award-winning video trilogy The Life & Significance of George Ivanovitch Gurdjieff, and the just-released video Introduction to Gurdjieff’s Fourth Way: From Selves to Individual Self to The Self. A new video talk has also recently been released: William Patrick Patterson Explores The Life & Teachings of Carlos Castaneda.

Join the Sott Team and Mr. Patterson for what promises to be a truly enlightening discussion.Click the play button below to listen now. Please pass this link to your friends.

Listen to the interview here.