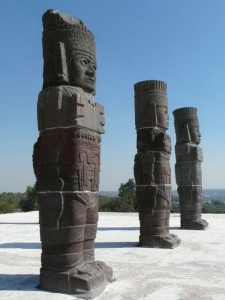 MesoAmerias.com has published Daniel Brinton’s argument that Tula was merely one of the towns built and occupied by that tribe of the Nahuas known as Azteca or Mexica and its inhabitants were called Toltecs, but there was never any such distinct tribe or nationality; they were merely the ancestors of this branch of the Azteca and the Toltec “empire” is a baseless fable.

The paper is published in MesoAmericas Book Collection.