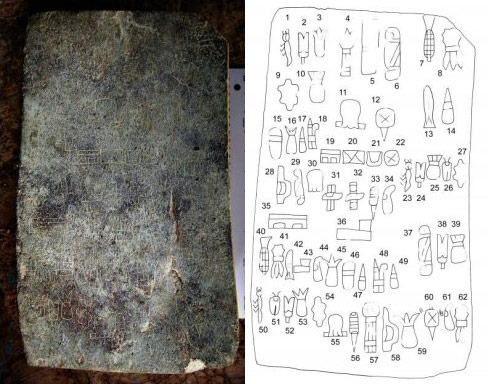 A tablet with unknown writing was found in Veracruz has features indicating it comes from the Olmec civilization. The tablet weighs about 26 pounds and the text contains 62 symbols arranged in horizontal rows—unusual for Mesoamerican scripts, which typically use vertical rows. They date the tablet to about the San Lorenzo phase which ended about 900 BCE. This is approximately 400 years before writing was though to have first appeared in the Western hemisphere. Another interesting feature of this find is the surface containing the text appears to be concave and they believe the block has been carved repeatedly.