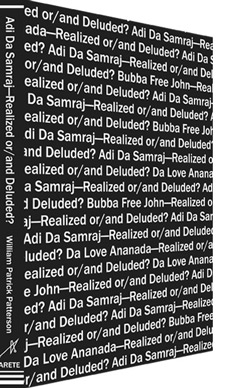 This is the first critical study of Adi Da Samraj, examining the facts of his life and avoiding the sensationalism of “cult busting“ or the hagiographies of his devotees.

What are we to make of Adi Da? He began as simply Franklin Jones (born in 1939) and ended his life claiming to be an avatar, a perfect incarnation of the universe in whose very presence illumination would be achieved without effort. He lived on his own island near Fiji and from there spread his message as the ultimate guru. His books became more and more obscure with their the own unique grammar and terminology. He may be strangely compelling but was he a voice of enlightenment? That’s the question William Patterson sets out to answer.

Jones’ early training was through his own drug based experiences, then with Albert Rudolph who taught Kundalini Yoga and his own version of Gurdjieff’s Fourth Way. Jones continued to study a myriad of systems from the Lutheran form of Christianity to Scientology. Under Swami Muktananda he had many visions and experiences which led him to develop his own unique teaching and the publication of his first books. 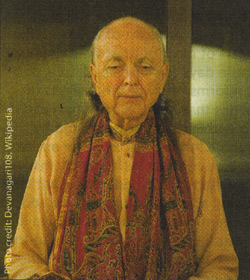 In 1972 he opened Ashram Books (later called Dawn Horse Books) and offered his first public teachings. He broke with all his teachers and offered his own path to experiencing the divine including a method of breaking traditional sexual mores with a Western form of Tantra.

He attacked the “cult of pairs” and notions of marriage which ultimately led to the so-called “Saturday Night Massacre“—the night when he initiated new teachings on relationships. The radical methods he used shocked his bourgeois followers, but it did have parallels with crazy wisdom traditions in Hinduism and Buddhism, as well as the heterodox sexual method of Tantra. Using such methods on Westerners brought problems including all manner of legal cases.

In 1979 he declared himself Da Free John, an incarnation of god, and in 1983 moved to Naitauba Island, Fiji. Celebrated by some, he was more often attacked by others, and he gradually withdrew from the outside world. He never believed the world truly understood his teachings, and died a sad figure on 28 November 2008, aged 69.

Following   an exhaustive biography that is objective and critical, William Patterson presents a clear and insightful analysis of Adi Da’s teachings. He points out what he sees as misunderstandings within Adi Da’s teachings, and the cost of his crazy wisdom approach.

While his teachings can be seen in terms of the more radical forms of Hindu and Buddhist Tantra, one has to wonder if Adi Da fully appreciated the devastating effect of these methods. Or perhaps the sheer power of these unleashed metaphysical forces overwhelmed self-discipline. Any Tantric technique demands immense Will and self control, otherwise the practitioner will be outmanoeuvred by the Ego, the very thing they are trying to transcend. It seems that ultimately Adi Da became ensnared between the two. 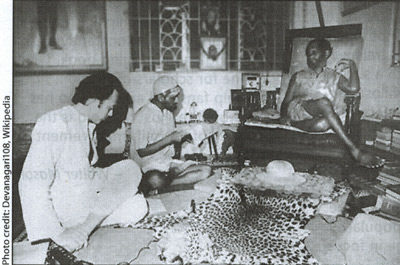 Patterson offers a challenging examination of Adi Da and leaves it for the reader to make Judgments. The question often dealt with is how to understand Adi Da’s supposed illumination with his narcissism and extreme behaviour, that continued for so long after it had supposedly served its purpose of shocking his students out of their mental chains. It is one thing to use sex to shock your students; it is another to become seemingly addicted to the path of excess, overtaken by the power of indulgence, or Tamas in Hindu terms.

Adi Da Samraj, Realized or/and Deluded? is a critical and well researched examination  of Adi Da, his crazy wisdom and heterodox techniques, and the human costs.

For more information on this book visit The Gurdjieff Legacy Foundation