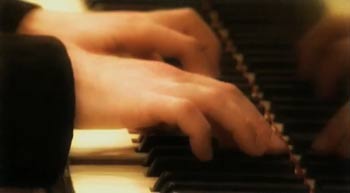 G. I. Gurdjieff’s contact with sacred and spiritual music began in childhood attending recitals of his father Ashokh Adash, a noted Armenian bard, a singer of ancient epics such as the Legend of Gilgamesh. As a boy, Mr. Gurdjieff studied for the choir of the Russian cathedral in Kars. In the last quarter of the 19th century, seeking the wisdom of self-knowledge, being and understanding, he traveled to Egypt, the Middle East, Central Asia, Tibet and India, witnessing and absorbing a diverse range of spiritual and folk music, dance and rituals. In the 1920s Gurdjieff created a body of music that is the esoteric expression of the sacred.

Gurdjieff was not a composer in the Western sense. However, Thomas de Hartmann, one of his earliest students and a former student of Rimsky-Korsakov, was a gifted and well-known composer. With Gurdjieff directing, over the course of three years, he and de Hartmann composed more than 200 pieces for piano. Thomas de Hartmann said of Gurdjieff’s music, “It helps to concentrate oneself, to bring oneself to an inner state when we can assume the greatest possible emanations.”

Michael Dale, composer-improviser and multi-instrumentalist performs regularly with many jazz and classical groups including New Keys and Death of Cool. Recently, he has been featured on the recordings Sacred Music of the Eternal Present: Hymns and Prayers of G.I. Gurdjieff, and Perserverance, by the free-jazz group Sound Immersion, also scoring the award-winning short film Milo’s Wheels. He maintains a studio of private students in the San Francisco Bay Area. He is a student of William Patrick Patterson, a leading exponent and teacher of Gurdjieff’s Fourth Way.

($5 may be applied toward the purchase of a CD, film or book.)